Tattoos are more than just art pieces to mark important moments in life or reminders of beloved ones.

Their meanings are more complex than that.

Throughout history, various societies have utilized tattoos for multiple purposes, and intriguing themes have arisen as a result.

The Hamsa hand is a distinctive tattoo art emblem.

It is shown as a symmetrical hand with thumbs on both sides, making it simple to differentiate from a typical hand.

Hamsa tattoo, or sometimes called Fatima Hand Tattoo, is thought to reflect bad energy back on the person who transmits it.

This emblem is well known across cultures.

Although the portrayal is very similar, it turns out to have various connotations.

It is regarded as an amulet of good fortune, joy (owner happiness), and well-being.

It is pretty identical to the evil eye tattoo. It protects against the negative effects of the Ayin Ha’ra sign.

So that the Wearer will be safe from any harmful sight by keeping it near.

The Hamsa Hand ranges from an Eastern culture to culture as well as its meaning.

In general, people use the hamsa as a symbol of protection, blessing, power, and strength.

Its increased use is given as a charm that makes one who has immune to the evil eye.

Hamsa or The Khamsa has a deep spiritual meaning.

In Islam, it is also known as the Hand of Fatima or the hand of God (Miriam).

The Hamsa sign is shown in the shape of a palm and is commonly used in the Middle East, the Maghreb, and North Africa.

It is mainly used as bracelets and necklaces or put on doors and windows to ward off the evil eye.

Despite being well known as Fatima’s hand, after the Prophet Muhammad’s daughter, archaeological finds demonstrate that this sign was widely used even before the creation of monotheistic religions.

Apparently, this ancient symbol has been around for thousands of years. Its use was notably observed in Mesopotamia through archaic objects known as artifacts.

It should be noted that despite the amulet is associated with Islam, a majority of Muslims consider the hand of Fatima witness of superstition that is in contradiction with the principles of religion.

Islamic faith prohibits the assignment of healing and protection to objects and their veneration.

In some Arab countries, including Saudi Arabia – the cradle of Islam – this talisman is not used.

Many believe, in fact, the symbol belongs to the most popular culture Berber and Jewish Sefaradica.

Nevertheless, the Hamsa symbol has extensive use in Morocco and Algeria.

It became an accessory often used as a good luck charm in necklaces, bracelets and earrings, postcards, and even tattoos.

If you are into this spiritual symbol, the following are some Hamsa designs for your reference.

Because of the size reduction, a Hamsa tattoo must be kept clean and simple.

The most crucial aspect in illustrating this sign is to have the fingers on both ends have the same height.

That is what distinguishes it from a regular hand. It is optional to include the lone eye.

It has meaning, but if space doesn’t allow for it or if you need to replace it with other decorations, you can omit it.

Some folks can turn their gaze away from their tattoos, and they still appear flawless.

You can be inventive when it comes to the back of the hand.

It might include a lotus, dots, or other intriguing items.

Thus it’s no wonder that both are shown in a single tattoo.

This flower is not only gorgeous, but it also has a lot of meaning.

Symbolism is prevalent in many cultures, and it is frequently connected with rebirth and wisdom.

Because of its refined look, it has become a global emblem of heavenly purity.

That is a good example since it will produce stunning blossoms no matter how unclean the environment in which it thrives.

It’s like a pearl that sparkles even though it’s coated with dirt.

By the way, putting a lotus does not necessarily imply that you should be aware of the spiritual significance of anything.

You can add it for the sake of art or simply because it looks gorgeous.

Men tend to choose tattoos that are more obnoxious in appearance because they represent strength and masculinity.

They are not, however, limited to guys; some ladies enjoy them as well.

You’d want to fill the area as much as possible with shading and linework for this style of tattoo.

If the tattoo is medium or greater in size, there is a lot of empty space to fill with ink.

Rather than keeping it minimal, you might add more elements to make it look richer.

It may be anything, including dots, lines, mathematical patterns, and so on.

If you’re having trouble deciding on different aspects of your tattoo, consult with your artist.

Many Hamsa hand tattoos end up looking universal for women because they don’t radiate feminine energy.

Given the symbol’s nature, this is understandable.

The Hamsa tattoo is not popular among ladies in the same way that flowers or butterflies are.

But there’s no need to go crazy with femininity. Simply add items as needed to maintain the general appeal.

It’s entirely up to you if you want to use girlie aspects.

READ ALSO:  These Angel Wing Tattoos on Back are perfect for Guys with Big Heart

A tattoo can be interpreted in a variety of ways.

Simply learn how to put them together properly.

1. Is the Hamsa hand religious?

Yes, and this symbol is recognized by several religions.

In Islam, it represents the hand of Fatima, the daughter of the Prophet Muhammad.

Meanwhile, in Christian faith, it represents the hand of Mary, which is Jesus’ mother.

It also holds significance among Hindu and Buddha followers where it’s believed to be a manifestation of chakras and mudras.

2. As it is considered a spiritual tattoo, can anyone wear a Hamsa?

Wearing this emblem without prior awareness of its meaning may be considered culturally disrespectful due to its close link with religions.

Regardless, getting one is not unlawful. The most essential thing is that you wear it with honor and respect.

Also, please be aware of the history of this symbology.

We all want a tattoo that doesn’t violate our beliefs, right?

3. Where do you put the Hamsa tattoo?

It could be anyplace.

However, based on what individuals have done with Hamsa hand tattoos, it appears that the top part of the body, such as the forearm, shoulders, back, and so on, is a popular area.

It makes sense because this emblem is considered sacred; therefore, people are extra cautious about where they place it.

4. How much is a Hamsa tattoo?

The cost of a tattoo is typically determined by the complexity and size of the design.

Thus, whether it’s the Hamsa hand or something else, what counts in the end is how big you make it and how many details you add.

An experienced Tattoo Artist will cost you more because of the quality She delivers. 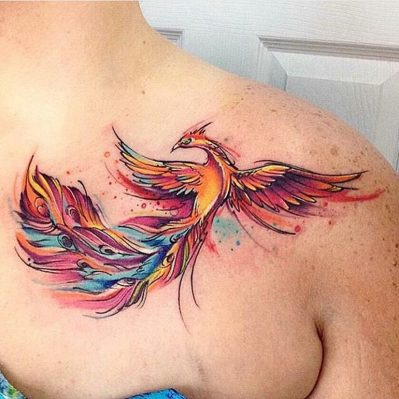