There’s probably a debate going on in your head right now about the relative merits of tattoo pen vs tattoo gun.

Well, this term is thrown around a lot when talking about tattoo machines.

But are they the same or different?

After all, what people refer to as a gun or a pen is essentially a machine.

If we have a closer look, they can’t be any more different.

Tattoo guns are what you’d call tattoo machines that usually rely on coils to exert force to drive the needle.

Tattoo pens, on the other hand, use an electric motor to carry out the same work.

We’ve explained both in the previous articles, so we’re sure you can tell the key differences.

Spiritus Tattoo is reader-supported, and as an Amazon Associate, we earn commissions from qualifying purchases (at no extra cost to you). See our disclaimer page for more information.

The Difference Between a Tattoo Pen and a Tattoo Gun

To help you remember, try to associate tattoo pens with rotary machines. Isn’t that obvious?

The type that usually takes the shape of a pen is the rotary one.

In contrast, coil tattoos have two distinct barrels which house the wrap coils.

They also feature an armature bar to move needle groupings.

An electric current flowing through the coils plays a role in the formation and collapse of a circuit.

All these steps are repeated in a cyclical fashion, which explains the bar’s tapping movement.

In terms of appearance, rotary and coil tattoo machines are easy to differentiate from each other.

Rotary tattoo pens look sleek because the core components are tucked inside. 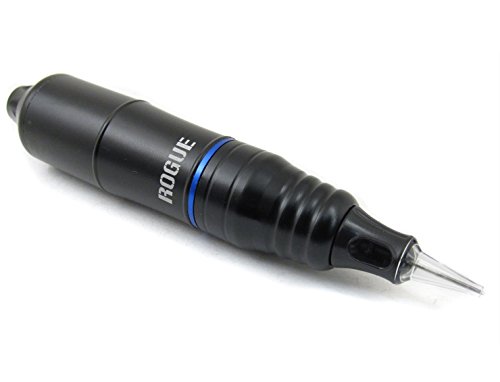 The part that protrudes the most is the needle.

Meanwhile, parts that make up a coil machine like the spring, contact screw, tube clamp, and binding post can be seen without the need for further disassembly.

Tattoo Pen versus Tattoo Gun: Choosing The Right One for You

With everything set up, coil machines or guns are destined to be louder than their rotary counterparts.

That’s not necessarily a bad thing.

Though it can be agitating, the buzzing sound conjures an authentic tattooing experience as it’s quite synonymous with tattoo shops.

New devices are invented to give coil machines a run for their money, but they don’t suddenly fall out of favor.

Professional artists still use them for nostalgia or to benefit from astounding performances.

As for rotary tattoo machines, they do excel at staying quiet during use. If it’s a deal-breaker for you, then opt for this model instead.

Rotary tattoo machines are multipurpose tattooing devices, meaning that they can handle both shading and lining simultaneously.

Coil tattoo machines aren’t made for that kind of flexibility, so it’s clear which one collects an extra point here.

A coil machine is either a liner or a shader since it can only execute one task.

Hence, having one is not an option because they are equally important for professional tattoo service.

You can overcome the issue by buying a kit that contains several units with different functions.

It may also include a color packer that has its own build.

There’s something called tuning, which affects how they perform.

Failure to adjust it accordingly will adversely affect the quality of your work. 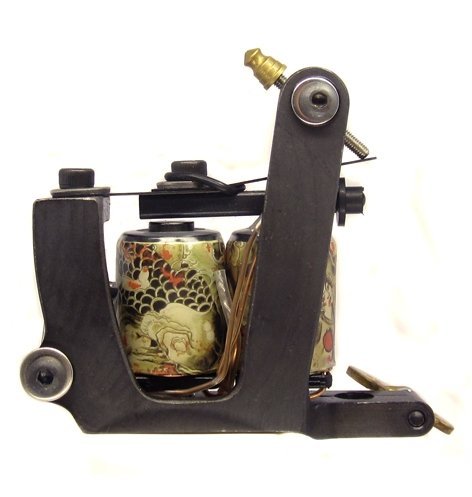 For beginners who are cautious about making mistakes, rotary machines are an awesome choice. They’re more straightforward in operation.

That said, the cumbrousness that comes with coil units isn’t an excuse to avoid them like the plague.

At the end of the day, being a professional tattooist means you need to know the different types of machines and their basic principles.

So even if you start out with rotary pens, you probably need to get hold of coil ones sooner or later.

This way, you can explain to clients if they have questions regarding these powerful machines.

We can’t gloss over the fact that coil machines deliver remarkable performance despite the rather choppy movement.

This makes them ideal for larger needle groupings.

But the ample power may also lead to more trauma, which prolongs the recovery process.

Well, you can’t win everything. Be it a coil or a rotary machine, they both have strengths and weaknesses.

Another benefit that coil machines have to offer is they are excellent for drawing intricate lines.

But then again, more knowledge and effort go into that, so familiarize yourself with these machines before you gain maximum advantage from them.

If you have any more concerns or questions, here are a few commonly asked questions:

Can you tattoo with a tattoo pen?

Yes, that’s exactly why they were brought into existence in the first place.

Put simply, a tattoo pen is a pen-shaped machine for tattooing. So yes, you can use one to draw a tattoo.

Yes, without a shadow of a doubt. Tattoo pens are quieter, more lightweight, and easier to use.

If you look for such features in a machine, then they’re definitely valued for money. 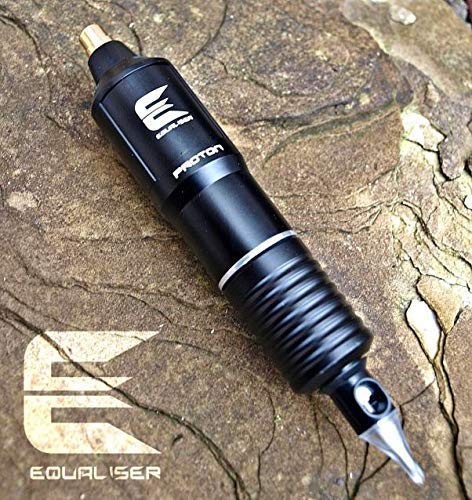 While they have different mechanisms, they’re designed to carry out the same tasks.

Rotary pens handle line and shade work perfectly, so do coil machines, albeit the limited flexibility.

In other words, whatever you can do with a coil machine, you can do the same with a rotary pen.

The way each is constructed has little bearing on the outcome. It has to do more with the artist’s ability. If it’s operated by an advanced user, then the result would be great, too.

It’s a subjective matter because there’s no research done on this.

It’s assuming all other variables are kept the same because you can’t draw a comparison when the locations are different.

Is tattoo gun better than a tattoo pen?

None is better or inferior to the other.

Let’s just say both tattoo guns and pens are amazing in their own right. 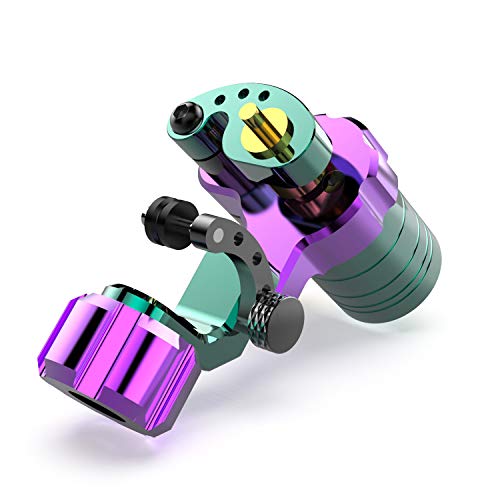 They have strong suits, and whatever they lack, they have other things to make up for the shortcomings.

Can you tell the difference between tattoo pen vs. tattoo gun now?

In short, tattoo pens refer to rotary machines, while guns are used to describe coil machines.

There’s still a lot of confusion, as evidenced by how loosely these terms are used.

It’s okay, but with all we’ve gone over in this article, at least you can identify both types more accurately.