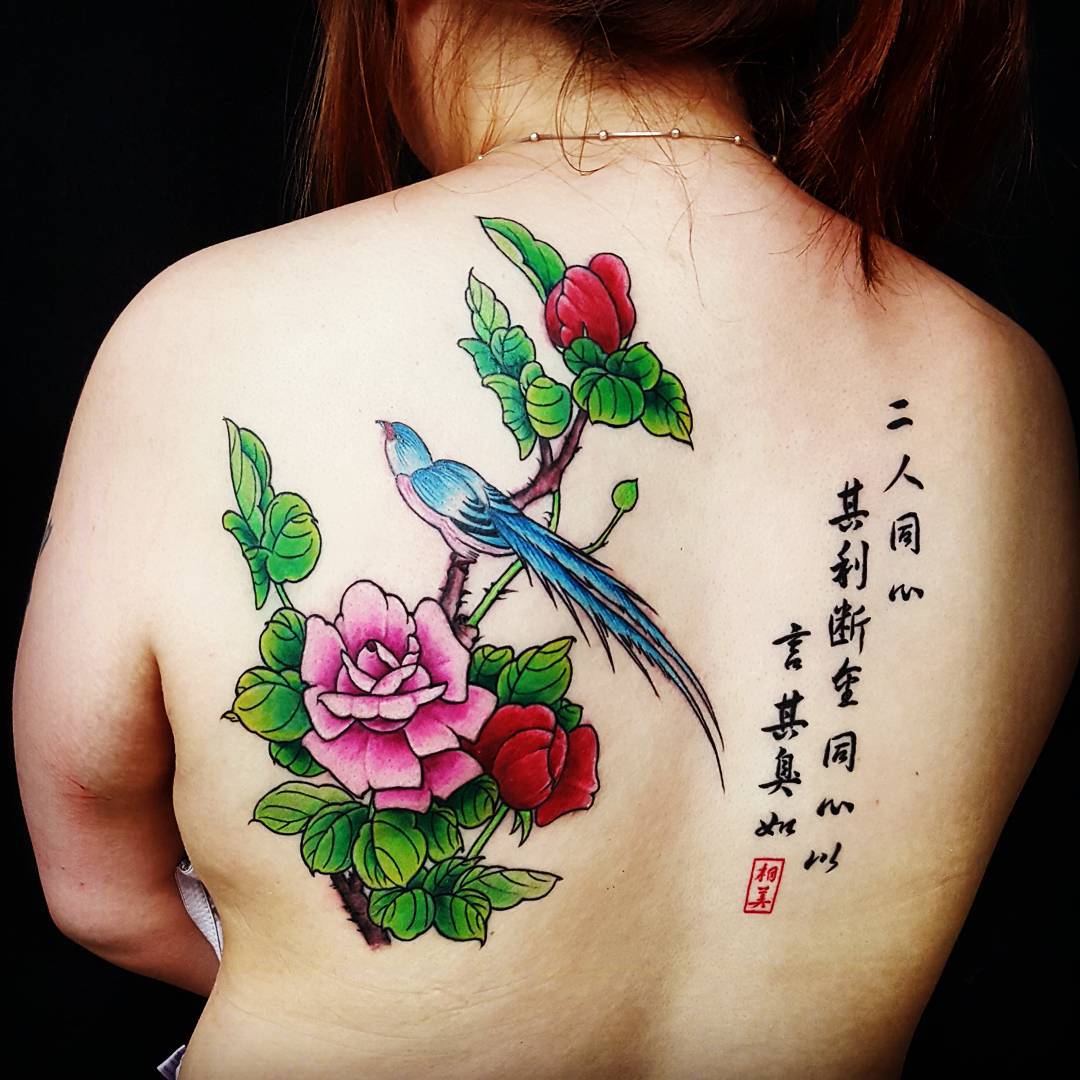 Japanese flowers tattoo represent nature and concise symbols of the cycle of birth, life, death, and rebirth. Some specific flowers have come to have many meanings in various cultures. In the east, the lotus flower has wonderful spiritual meaning; something very similar happens with the rose in the west. The wide range of colors that can be found in the Japanese flowers tattoo still bring them more symbolic value, and in many cases highlight its meaning; white for purity, red for passion (or to represent the blood of Christ), are some examples, the list is almost endless.

The structure of the flower, usually in the form of “cup” or “goblet” and its passive role in the process of fertilization, have traditionally seen as a symbol of hand “womanly” nature. Much of the imagery of flowers remains hidden from us today. We find them in our daily lives endlessly in the same manner as in art, literature, folklore, and mythology, with its mysteries waiting to discover by us. Japanese flowers also can be found in the healing remedies of herbalists, both in conventional medicine, such as current medications of which the flowers are still an important source of active compounds, as we can see flowers not only serve to “decorate” or brighten our view, also allow us to cure disease or relieve ailments.

READ ALSO:  Hawaiian Tattoo Designs and Meanings You Should Know in 2021

The Japanese flowers have given us inspiration with its colors and its image, its touch and its exciting aroma. Used as female names evoke the sweetness and beauty, and many abstract qualities such as dignity, calmness and innocence. Its shape, color, aroma, and unique qualities have given an outstanding place in hundreds of mythology, with characters on behalf of flowers or their qualities. The world of tattoos seems to go through a real boom in women. Preferred by women issues they are always flowers: A symbol of femininity, sensuality and elegance.

The flowers chosen are of diverse types and are ideally suited for tattoo technique communicative versatility and the different symbols with which they are associated. To deepen the meaning and origins of the use of flowers in tattoos is necessary to look to one of the countries with the greatest tradition in this sector: Japan. Flowers have their origin and most of its meaning in the tradition of the Rising Sun, the country in which this art still has much controversy. Although Japanese tattoo art has its origins in ancient times (from 1600 and throughout the Edo era), in 1869 the Japanese government banned the use of tattoo to clean up its image internationally. Since then, the tattoo was associated as a subversive action and belongs to the world of the Yakuza mafia. Japanese flowers tattoo have always played an important role in the art of Irezumi; after all, the cherry blossom is the national symbol of Japan. The cherry represents the emptiness of human existence and beauty. The fragility cherry tree actually carries the meaning of the fragility of the human soul, and the brevity of existence symbolized by the brief flowering of the cherry.  This flower is often used in tattoos of warriors throughout history, but also as ornamental symbol for the female universe. 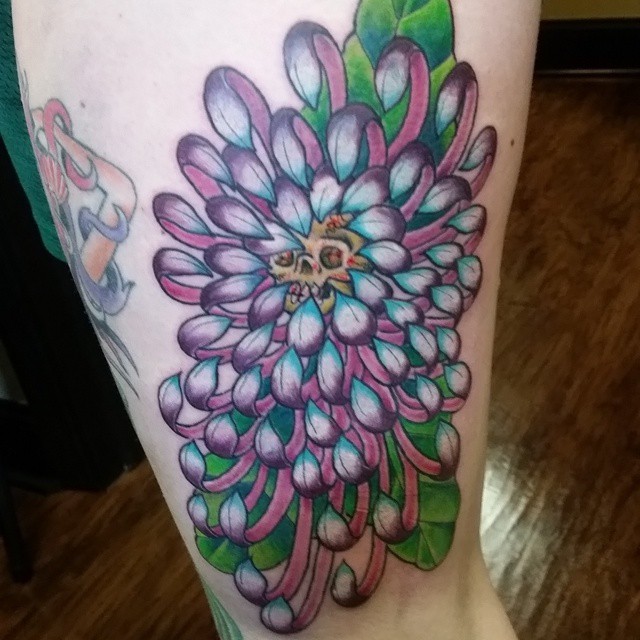 Moreover, the chrysanthemum is the symbol of the Japanese imperial family and recalls the perfection and determination. At the same time, in Japanese culture, chrysanthemum flower is used to symbolize longevity and happiness, unlike Western culture in which it is often compared with the pain and death.

The peony is considered the queen of flowers for their ornamental beauty. In Japanese culture it attracts prosperity, luck and prosperity. At the same time, the peony has come to be associated with the Yakuza culture gambling “Hana Fuda”.

The lotus flower, in turn, is associated with the meaning of life in general, so it is used very often by many religions of Eastern origin, mainly Buddhism. The lotus flower is used in tattoos as a symbol of rebirth and rediscovery of oneself. Due to the complexity of the meanings of flowers in the not unusual tattoos use different flower on the same tattoo.