Most of us are familiar with circles, triangles, squares, and all other shapes.

If you see a tattoo prominently comprised of such enclosed figures, then it’s safe to say that it adopts the geometric theme.

It can be merged with another design. For example, you can create an animal tattoo out of geometric shapes.

It has a different feel to it just like when you throw tribal symbols into the design.

While the idea sounds simple, the implementation isn’t.

Some of us struggle to even create a straight line.

A geometric tattoo is more challenging because it’s comprised of shapes and lines.

And a small mistake can ruin the whole thing.

The meaning of geometric tattoos

Are geometric tattoos associated with any symbolic meanings?

Shapes appear in our daily lives, but we rarely link them with spiritual ideas.

But did you realize that our forefathers really utilized them in religious ceremonies?

It’s a stretch to say they’re meaningless, even though that’s not what comes to mind when we think of geometric forms.

At the very least, we know that they were significant to groups of people at some point.

People nowadays regard them as a sign of stability and peace.

Just take a look at a square or a circle and say you don’t get that impression from it.

Each form has a different meaning.

Circles are reminiscent of the infinity sign, which resembles the figure 8.

READ ALSO:  Geometric Tattoo Patterns: Some of The Best Designs to Inspire You in 2021

It symbolizes the notion of unboundedness by not having a beginning or an end.

They are frequently utilized across cultures as spiritual iconography with a wide range of connotations, including divinity, ambition, and wisdom.

You can convey a deep message through a small tattoo.

To design it in a minimalist way, focus on shapes rather than the intricacy of the design.

You can include different shapes, such as squares, triangles, rectangles, etc.

They don’t have to lead up to a major design that resembles another object.

What matters in geometric tattoos is the inclusion of shapes.

Stick with this depiction to capture the essence of this particular style.

Colors do add vibrancy, but nothing takes away the stunning nature of black tattoos.

Let’s say both are attractive on their own. Besides, they cater to different tastes and interests.

Black will never fall out of style because tattoos were originally black, made of materials found in nature like ash or soot.

While today’s tattoos are more diverse in terms of colors, it takes special care to get one.

Keep in mind that some colors can look drowned out on certain skin tones.

Hence, you should be cautious with color selection.

Make sure they complement your appearance instead of dragging it down.

You can get a forearm tattoo that includes geometric shapes, but they don’t have to culminate into a grand design.

As long as they’re well connected, even a bunch of contrasting shapes can form a tasteful design.

Or in case you still want to base it on an object, choose something you have a fascination with.

It could be a famous figure, a religious symbol, a monumental structure, etc.

There are so many, so don’t worry about running out of ideas.

Geometric tattoos are versatile in that that they can be worn by everyone.

Men tend to love their tattoos bold and pronounced regardless of the design.

To create one out of geometric shapes, you can put emphasis on the linework.

Make each shape bolder by increasing its thickness.

Moreover, the density needs to correspond to the size of the tattoo. If it’s large, multiple shapes can be interwoven into the design.

Another interesting approach is to treat shapes as frames to create a clear boundary for the art.

For example, a geometric tattoo can appear as a rhombus within which all the elements are housed.

When a tattoo is constructed using shapes, it will have that tile effect you see in mosaics.

That’s what distinguishes them from other tattoos. Some would say they look rugged.

If you want to overlay them on top of another design, then go for it.

Regarding placement, choose any location you find flattering.

To make it obvious, the forearm or collarbone would be ideal.

Or if it demands a broader area, try the back or thigh.

What are geometric tattoos called?

You can call them sacred geometric tattoos, which stem from the belief that all patterns in existence serve a purpose. It’s astonishing to see how shapes make up the world.

Have you ever thought about how honeybees can perfectly shape their nest into a hexagonal structure or how mollusks get their sculpted shells?

With this mind-blowing fact, it makes sense that shapes have important meanings.

Where do you put a geometric tattoo?

Unless the shapes have religious overtones, don’t need to feel like walking on eggshells with the placement.

Any location would be great as long as you like it.

What is a fractal tattoo?

It’s a type of tattoo characterized by a set of repetitions. It has several characteristics, such as symmetry and balance.

A fractal tattoo can look sophisticated, too, but what makes it stand out is how some sections are repeated multiple times. 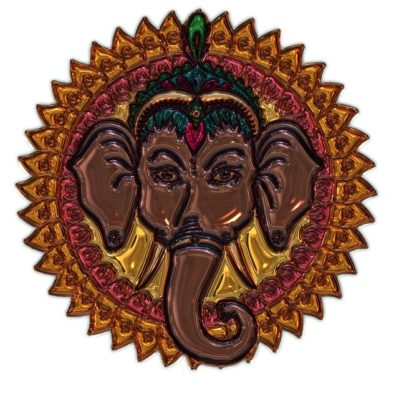