You’re probably considering which designs would be perfect for your next ink.

Choosing a tattoo design might be difficult because there are so many options available.

A bow and arrow tattoo is ideal for someone getting their first tattoo since it is visually appealing.

This symbol’s significance adds to its allure.

A tattoo is more than simply a work of art; it has meaning for the person who has it.

Though the bow and arrow tattoo is definitely eye-catching, there is a deeper significance behind it when you consider the history of this formidable equipment.

For instance, the symbolic meaning of bow and arrow tattoo might signify our quest in life to achieve our goals.

Archery is the act of firing an arrow with a bow, and it has been practiced for centuries.

It was utilized by our ancestors for hunting and protection.

The finest aspect is that it may teach us many things, such as not being scared to make errors.

Missing the mark the first time you shot does not imply incompetence. It takes time and effort to become proficient at anything.

Once you’ve recognized your error, you’ll be able to perform better the following time.

Archery tattoos, by the way, maybe interpreted in a variety of ways.

For some, they represent power and strength. Others believe they provide a feeling of direction.

As soon as the arrow leaves the bow, it continues ahead without looking back.

This concept has practical applications.

It advises us to look forward and not back if looking back just brings us anxiety and worry.

Bow and arrow tattoos for guys

Although the bow and arrow take center stage in an archery tattoo, you may incorporate other complementing themes.

It would be fantastic to see an archer using the bow.

The tattoo might be in the form of a real person or a silhouette.

And the human figure on the tattoo might represent you.

It’s the way the archer holds the bow that makes it look majestic.

However, the presence of a human being is not required.

Skip this option if you like to keep things simple.

The simplest approach to add a feminine touch to a tattoo includes things often associated with females, such as roses or any other flower.

Suppose you don’t like flowers since they are probably too girly for you.

In that case, a lovely cupid’s arrow or cute Sagittarius symbol (if this is your zodiac sign) may sound ideal for a lady.

A ribbon should also suffice.

You may place it next to the arrow. Then, we recommend that you lighten it up a bit.

Bold and robust line work, for some reason, emanates a powerful male vibe.

Consider a narrower outline instead of a bolder one.

Women are physically smaller than males, as seen by various bodily regions such as the wrist.

That’s why it will suit her better if you make it thinner.

Bow and arrow tattoos for couples

To provide the impression that two tattoos are specially intended for a pair (matching tattoo), they might have the same exact design.

READ ALSO:  Read Before You Get a Mandala Shoulder Tattoo (Female)

However, there is another method to depict this with bow and arrow tattoos.

Instead of getting two similar tattoos, the female can have a bow tattoo while the male gets an arrow tattoo art or vice versa.

This means that two individuals in a relationship will always attempt to fill each other’s holes.

It is preferable to work with the same artist to understand how to make both tattoos relate personally.

You’ll note that some bows appear more sophisticated than others when you look at archery tattoos online.

This isn’t simply due to the disparity in artistic vision amongst all of these artists for the record.

You should be aware that there are several sorts of bows.

Traditional bows are ones that most of us are already familiar with.

They have a basic appearance and have been used for hunting since the Middle Ages.

Then there are compound bows, which are distinguished by their complicated look.

They employ a levering technique to provide you with a mechanical advantage.

These bows do not require as much physical power as their conventional counterparts.

As a result, aiming can be more precise as less energy is used for limb movement.

1. How much would a bow and arrow tattoo cost?

Because a bow and arrow tattoo is relatively slim in nature.

Unless you wish to blend it with other components to make it broader, it is likely to cost less than typical.

If you concentrate on these two components with a black ink design, the cost of a tiny one should not surpass $100.

However, the complexity of the design also has a role.

Even with something as simple as an archery tattoo, you may increase the degree of sophistication by combining more concepts.

2. Which direction should an arrow tattoo face?

Any orientation looks okay if you’re not too strict.

However, if you consider the many meanings associated with directions, it may manifest in your tattoo.

An arrow pointing down, for example, represents peace, whereas an arrow going to the right represents protection.

3. What is the spiritual meaning of an arrow?

It can represent a spirit’s capacity to freely travel about at rapid speeds.

If this describes you, it might depict your dreams, which flow wild and uncontrollably.

4. Where should I put an arrow and bow tattoo?

The bow and arrow tattoo design is a tattoo that can be seen on the symbol of freedom and tribal.

It is an ancient tattoo as well as one of the most popular ones for the South American people, and the tattoo is usually placed on the arm.

If you are now sure, go ask your tattoo artist, he will help you decide whether to get a tattoo on your arm, leg, back, chest, or any other part of your body.

5. What female celebrity has a bow and arrow tattoo?

Rita Ora and Faith Evans are two celebrities that are well-known for having similar tattoos.

Rita Ora wears it behind her right ear on her neck, while Faith Evans wears it on her left forearm in the shape of a cupid.

Finally, if you are really interested in getting one, checkout below tattoo designs for your inspiration! 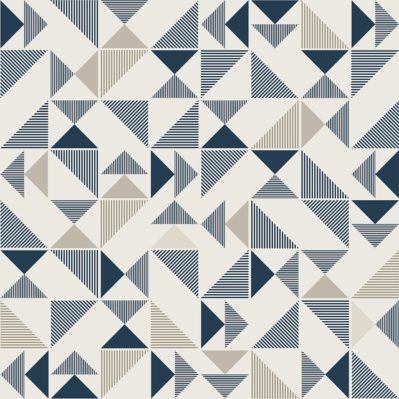 Thanks for visiting! Don't forget to check out our tattoo-inspired collection.