Decorating the body with a Mandala elephant head tattoo sounds awesome because elephants are seen as smart, wise, and overall being good-natured. They’re too above others in the animal kingdom in terms of intelligence.

Some people have a spiritual connection with elephants, which is not really surprising as they are worshipped in various cultures. You can customize the tattoo to suit your personal taste.

There are a number of themes to draw inspiration from, such as tribal, geometric, etc.

In general, getting an elephant tattoo is a good thing. Unlike cats, elephants are almost always portrayed positively. They symbolize good luck and prosperity. Besides, elephants are among the smartest animals along with orcas and other mammals.

What does a Mandala elephant head tattoo look like? It’s typically characterized by four squares and a circle, but you can always alter it to your heart’s content.

When it comes to Mandala tattoos, there should be a sense of wholeness because that’s the main point. This unique pattern is used for symbolism, so you’d see it a lot in religious rituals.

Related:  Here's How to Work a Geometric Tattoo Filler

This has become a fast-growing trend among tattoo lovers. If you’re intrigued by it, why not get one?

After all, it is not an ordinary theme that most people will be drawn to. It looks and feels special, creating a perfect combination with an elephant’s head because they’re both meaningful.

Elephants are the epitome of wisdom and great intellect, while Mandalas depict balance and symmetry. The round shape shows that our life goes in circle and is a never-ending process.

Just so you know, the Mandala tattoo is gender-neutral. It’s not geared towards a specific gender, so anyone can have that.

People will figure out your preferences based on the colors you pick and embellishments added to the tattoo.

Personally, we prefer black as a primary color. That’s not to say that other colors are bad, but black is by far the most versatile and popular one. Also, decide where the design will be drawn.

A Mandala elephant head tattoo doesn’t have to be large. It should be tailored to the area chosen before. If it’s one of the thighs, then there’s a broad surface to draw a large tattoo.

But if it’s your left or right arm, the size should be reduced, so it doesn’t look all over the place. Another consideration is your skin tone.

Some colors look better on darker skin, while others do the opposite. You can consult your tattoo artist on what colors to pick for the tattoo. To measure the popularity of a tattoo design, just look around you and see how many people include it in their tattoos. Cute feather tattoos are among the most popular tattoo designs, which explains their appeal. People adore them because of their deep meaning, sensitive nature, and beautiful beauty. Furthermore, they come in a variety… Every tattoo will have a different meaning to the wearer. Our vast ocean will never cease to amaze us, and one way to show our gratitude for God’s creation is through tattoos. What’s the perfect tattoo idea to represent our fascination with the sea? Well, try an anchor tat. Many tattoo lovers have been taking… Semicolon tattoos are simply tattoos of the semicolon punctuation mark or punctuation symbol “semicolon.”. They may appear simple, yet the message is deeper than meets the eye. Those suffering from mental illnesses are frequently seen with these tattoos. There’s a story behind how this symbol became a worldwide symbol of solidarity. Without it, we might… If you enjoy body art, particularly tattoos. You’re probably considering which designs would be perfect for your next ink. Choosing a tattoo design might be difficult because there are so many options available. A bow and arrow tattoo is ideal for someone getting their first tattoo since it is visually appealing. This symbol’s significance adds… 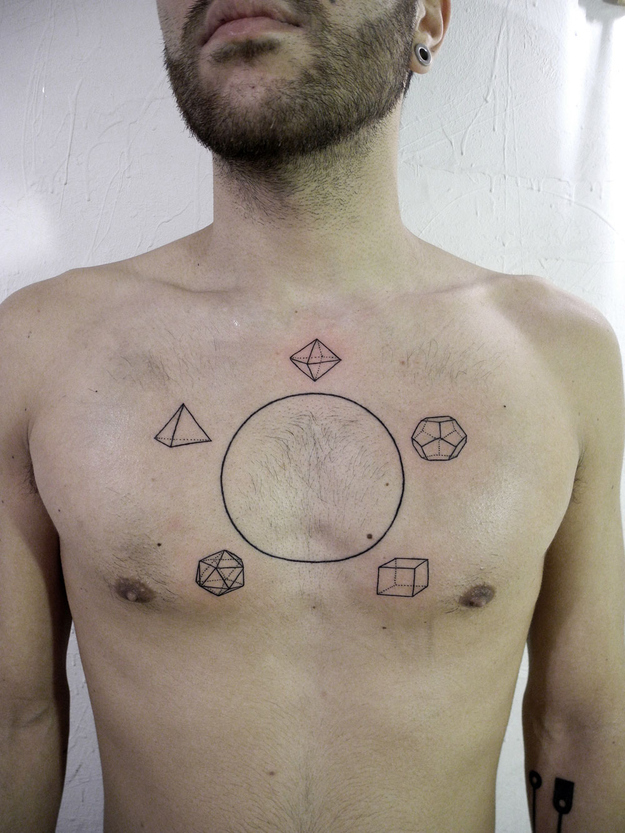 Most of us are familiar with circles, triangles, squares, and all other shapes. If you see a tattoo prominently comprised of such enclosed figures, then it’s safe to say that it adopts the geometric theme. It can be merged with another design. For example, you can create an animal tattoo out of geometric shapes. It… There are some tattoo trends that really catch people’s attention due to their distinctive looks. Geometric tattoos can be considered one because they really look intricate and beautiful. It’s not easy to create this type of tattoo because it includes repetitive patterns, such as squares, circles, and triangles. Geometric tattoo patterns can be put together…